I'm excited to share our first trade journal with all of you. We had a red week but did a good job of limiting losses, maintaining discipline & following our plan.

As I said earlier this week, it's important that we reduce risk on each of our trades. It helps us in the long run. 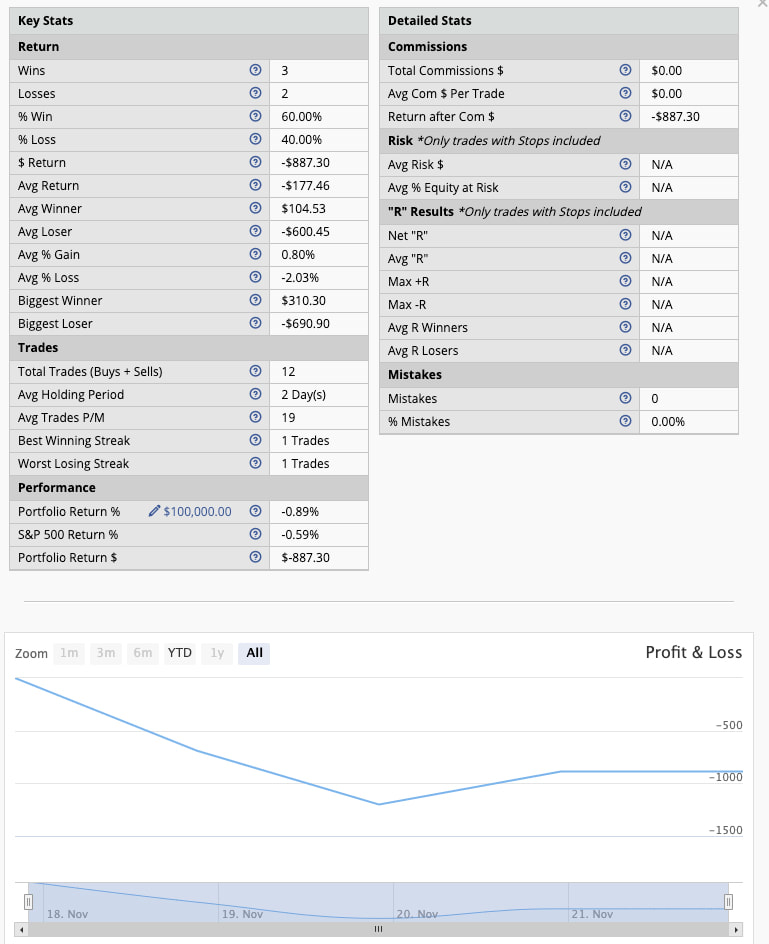 ​Im considering a starting account of $100k in this journal as it'll be easier for tracking purposes.
As you all know, I put in 20% of my capital on each trade and have max 5 positions at any given time. FYI : Breakeven trades are considered as a win in this website - https://www.stocktrader.com/analysis/dashboard#MyPortfolio

So here's a summary of all the trades that we took.
1) $FB
​We took this as it was breaking out of its Bull flag on its Daily chart. Sold thrice for small profits as we didn't get the push above 200 as we expected. 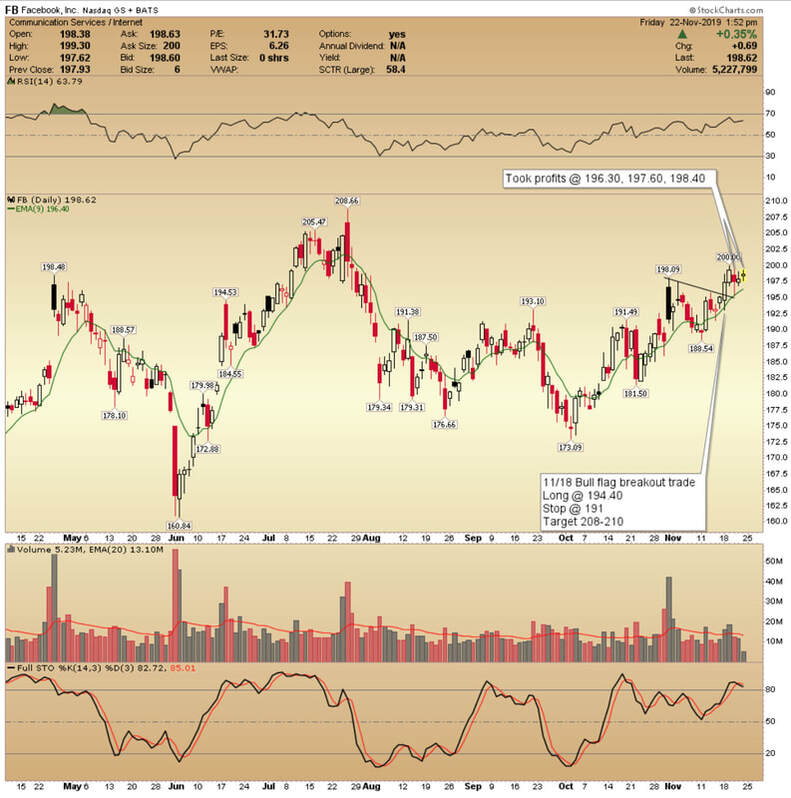 2) $ZM
This was also a bull flag breakout setup but morning weakness right after open shook us out.
2 reasons why this trade went against us: 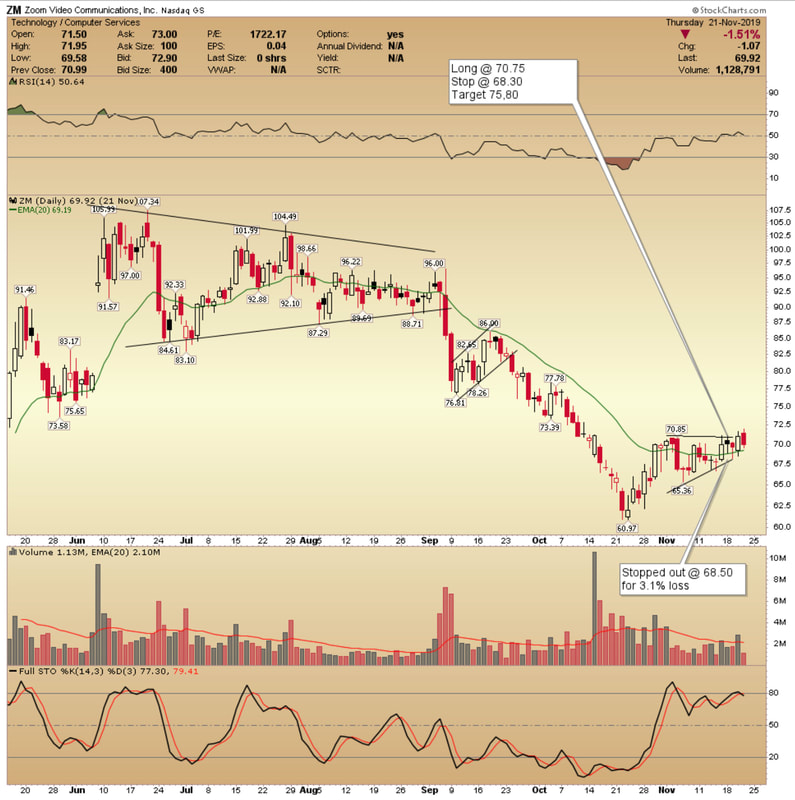 3) $V
We took this trade as it was breaking out with good volume out of this symmetrical triangle. It closed well above our entry but due to market being weak the next day , it gave up all those gains & pulled back below its triangle. We raised our stop to breakeven & avoided it going Red on us. 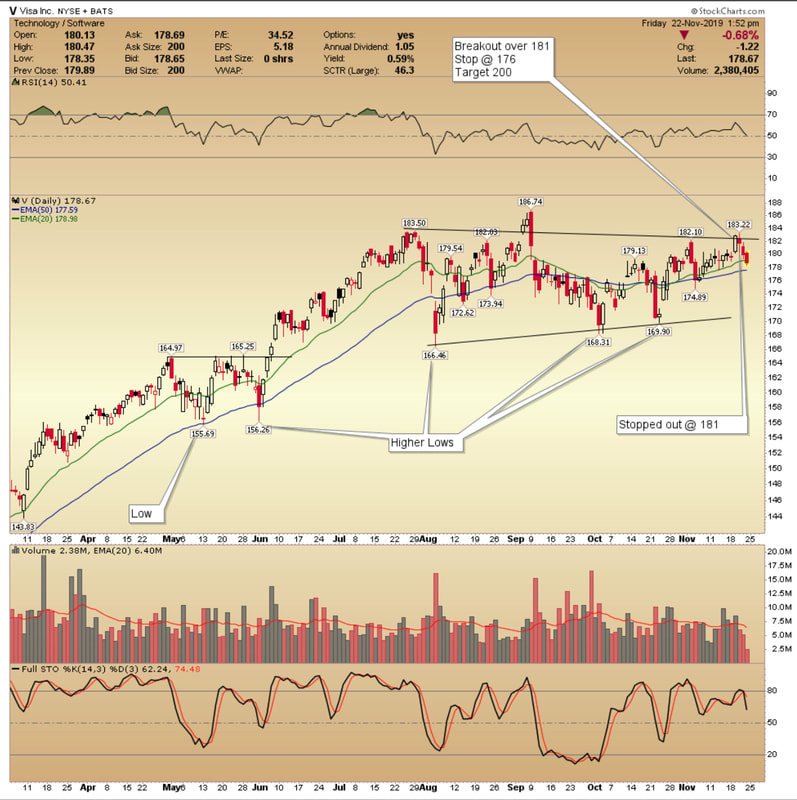 4) $TNA
Took two trades this week - One 2.6% loss & one breakeven trade.
Was expecting some sort of rotation this week into small caps this week as big caps were short term overbought.
It also had a nice bull flag setup on Daily chart.

We used a symmetrical triangle breakout on 60 min chart to enter this trade but unexpected news hit soon & we got flushed out on a brief  pullback. 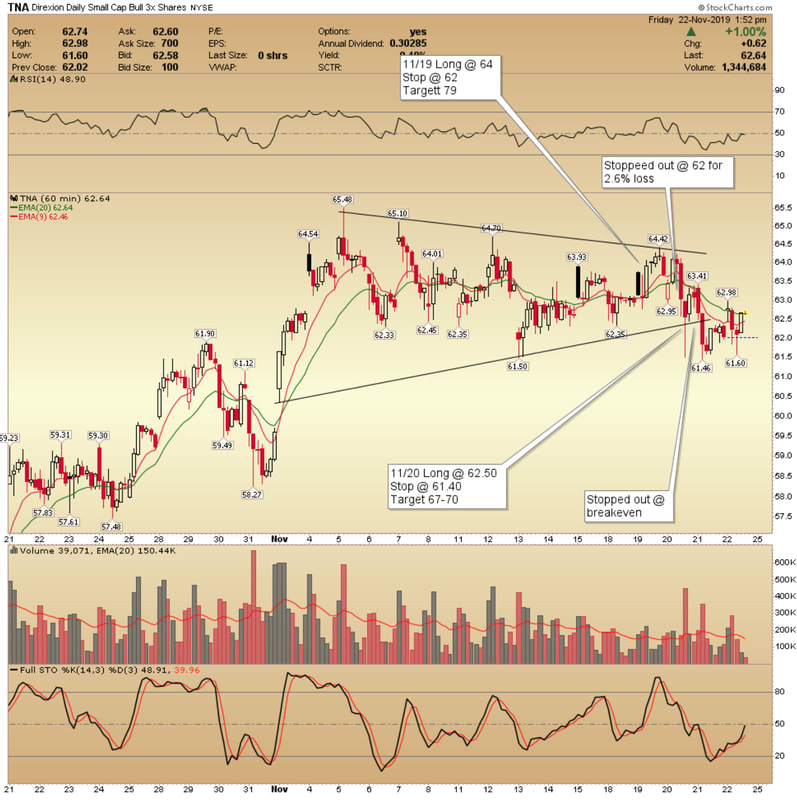 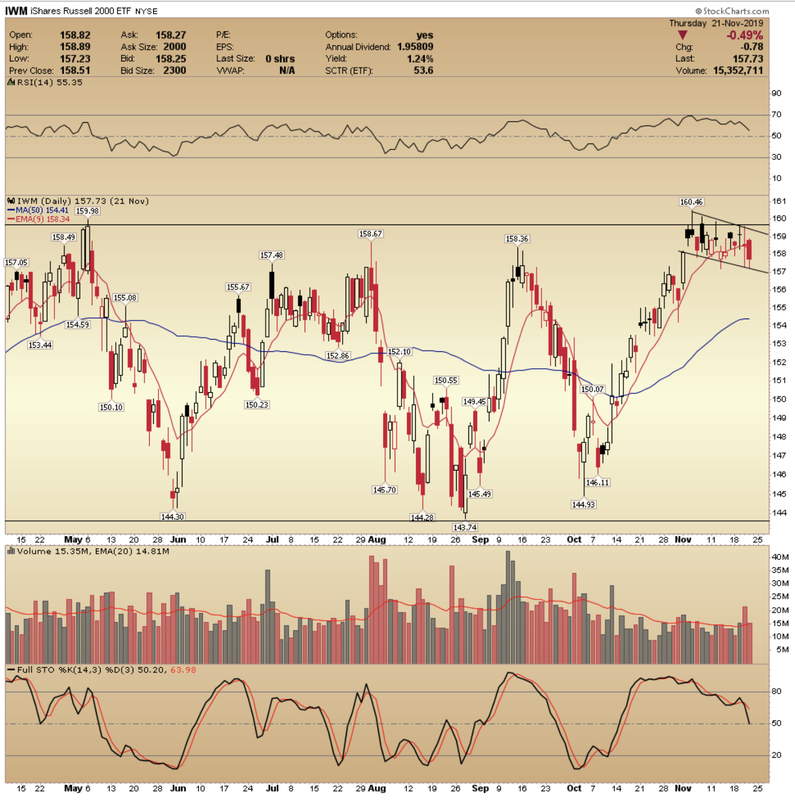 Reasons why this trade might have gone wrong:
Tighter stops (We could have had a wider stop with half size) and avoided getting stopped out.
Used Symmetrical triangle on a 60 min chart which is less reliable than Daily chart.


Hope this Trading Journal & Trade Recap was useful to all of you. Let me know what you guys think.