We closed the month with 3.86% gains.
Let's review our biggest winners & losers of December in this post

Here's a detailed post of our trading performance in December . We will also go through all the good & bad trades that we did last month.

Little context of the market as we came into December ->
We started December on a weak note as indices pulled back viciously to work off overbought conditions & then found support @ its 20 EMA (exponential moving average). The Dip was bought instantaneously & markets continued higher into new all time highs as the month progressed. 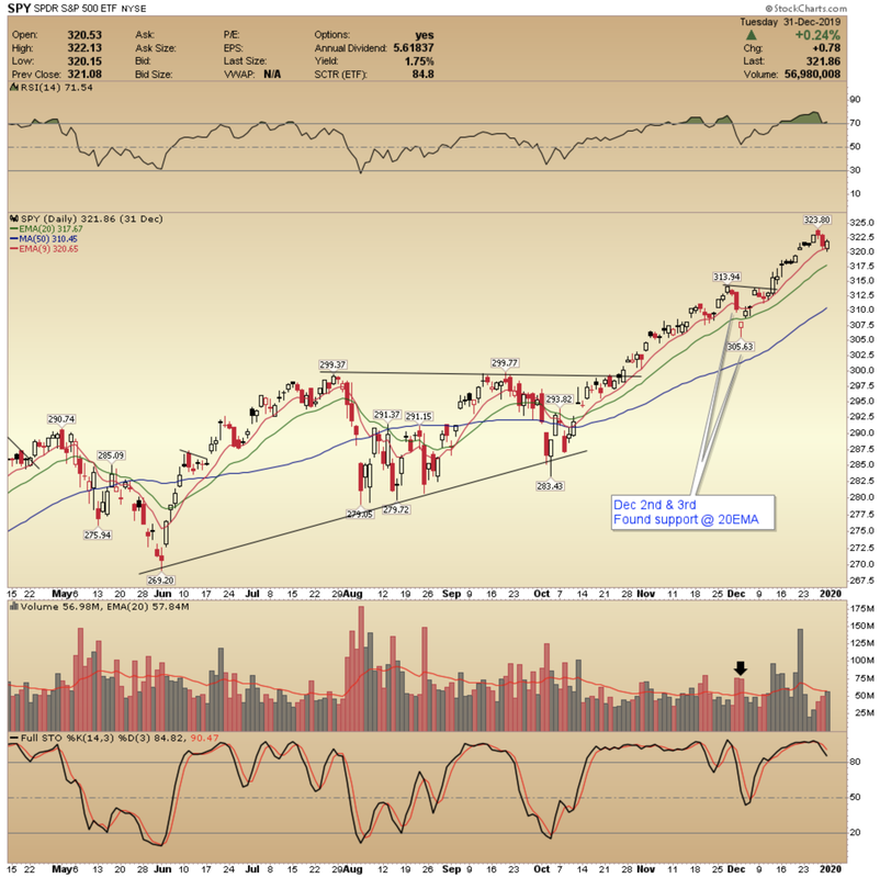 We had a muted first week as markets were sloppy and it was hard to find out which way the market would trend. Things picked up from second week of December as we focused on the large caps & Semi conductor stocks that were showing good relative strength. 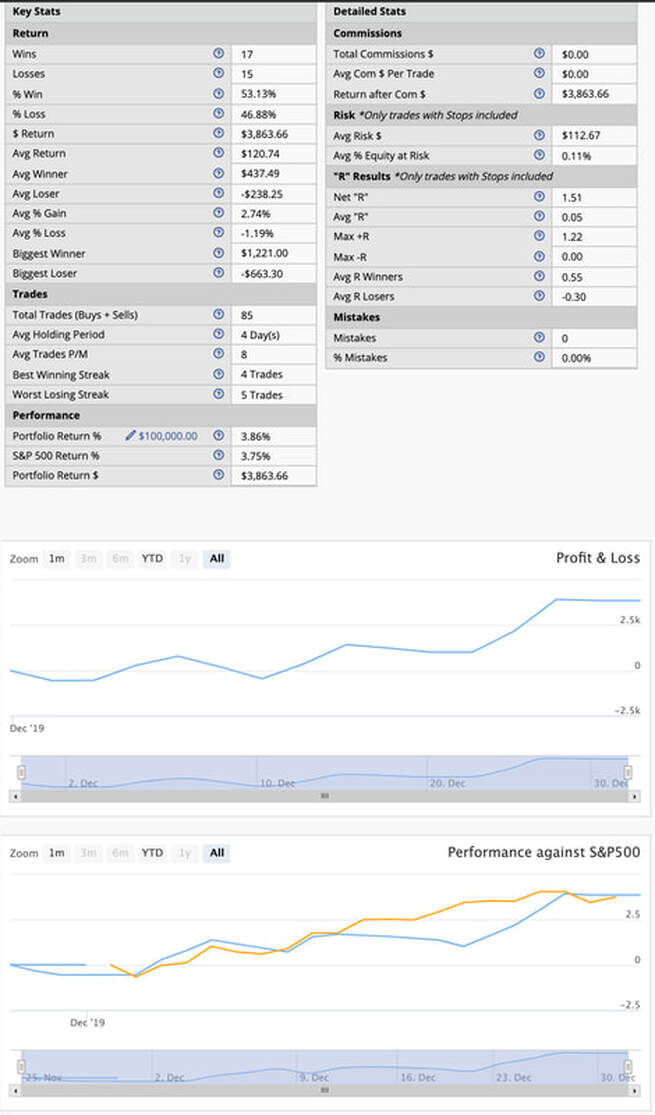 Lets take a look at all 32 trades that we did in December: 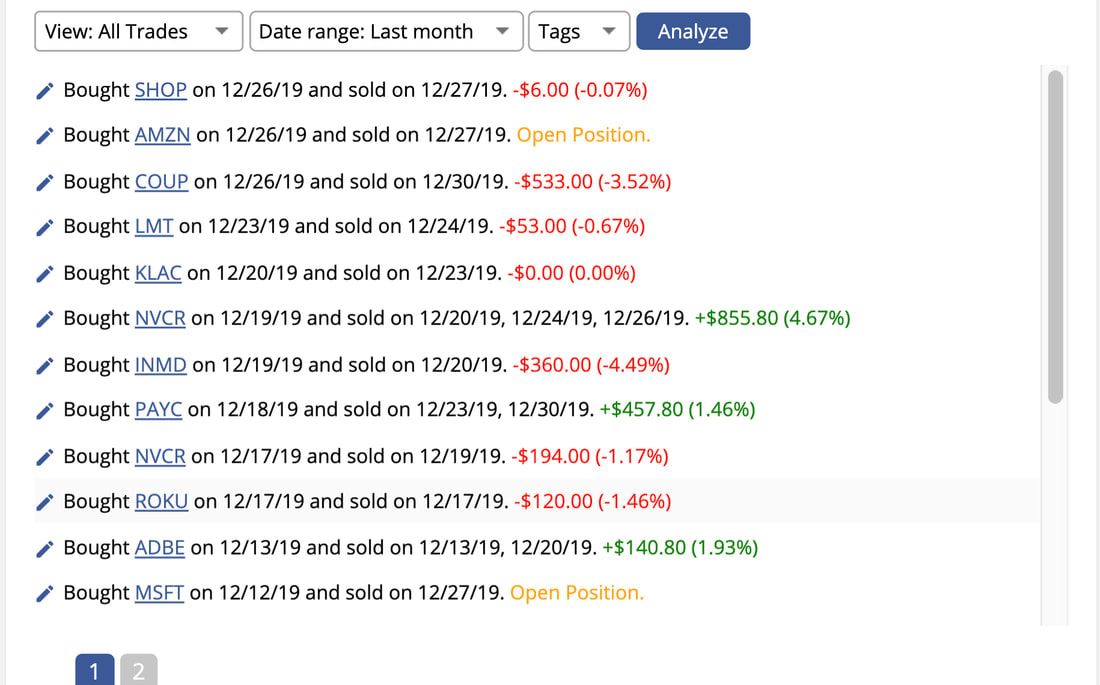 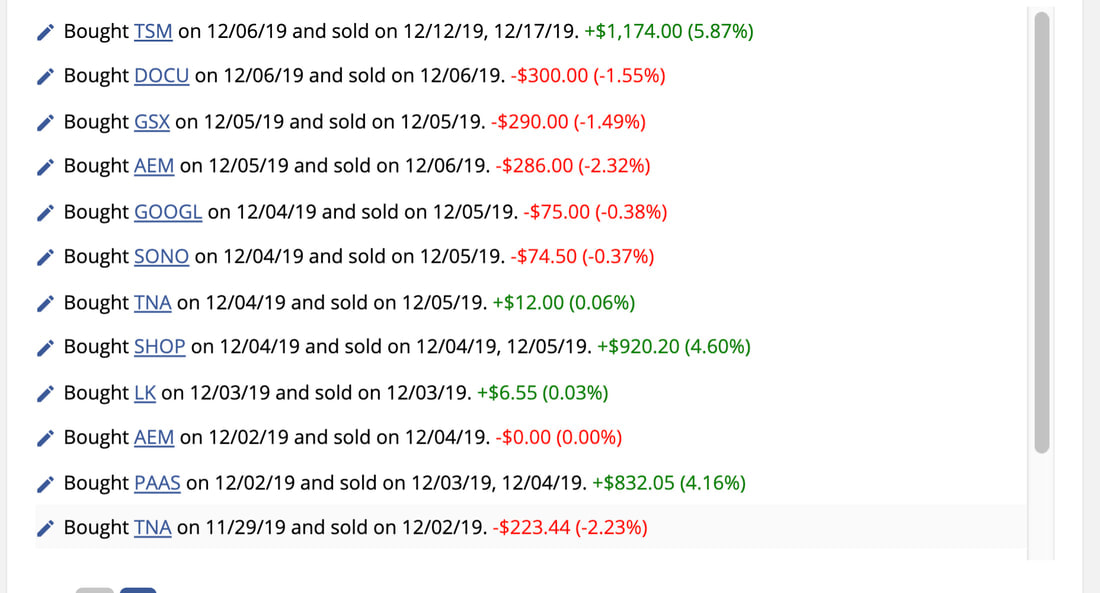 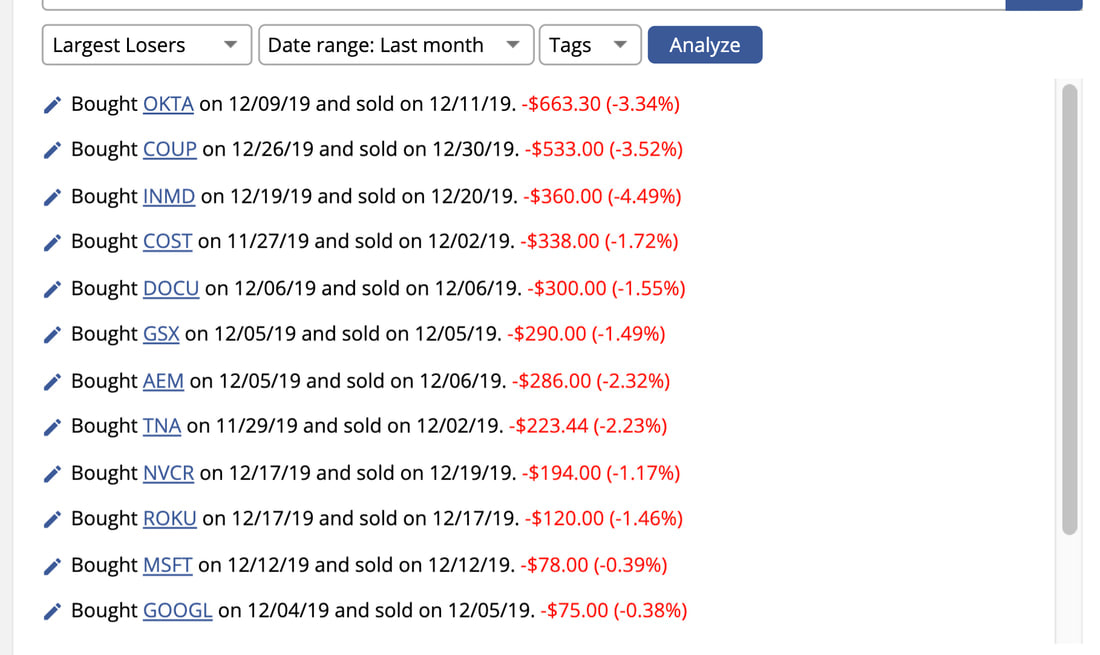 NVDA -> 6% winner. Strong sector momentum propelled this stock higher as it broke out of a mini cup base on this Daily chart. Booked gains as it hit our target @ 240

TSM -> 5.8% winner We took this trade as it broke out of a month long base & as it showed good relative strength.
Booked about 5.8% average gains as it zoomed through our target price 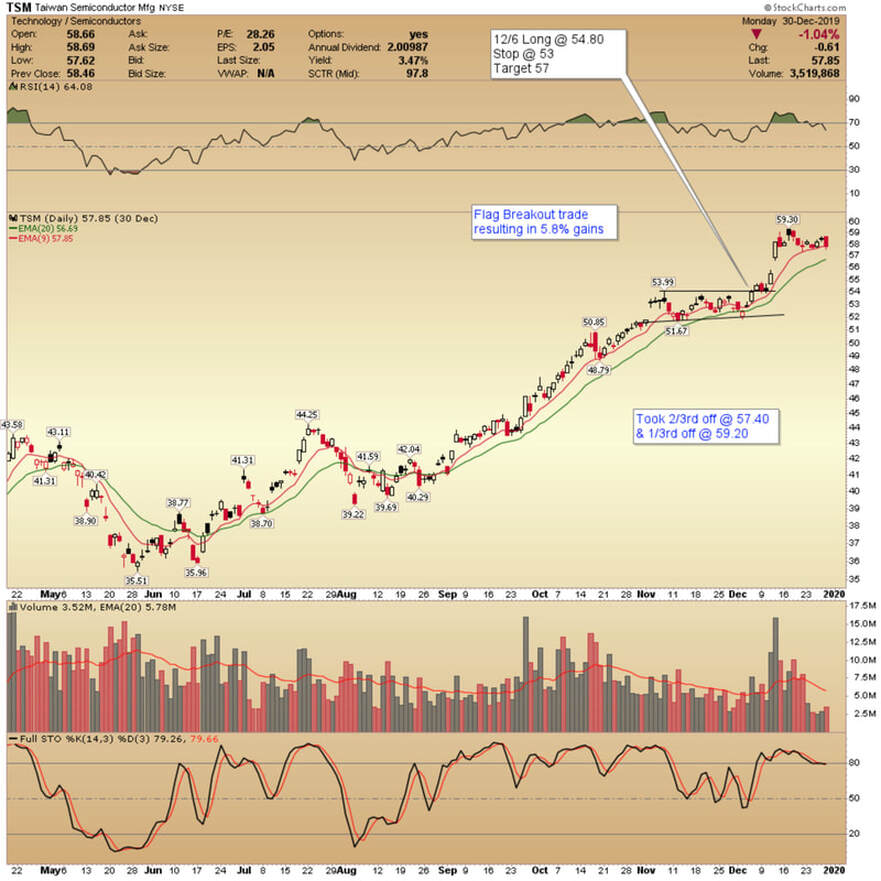 SHOP -> 4.6% winner We booked nice gains in just two days but looking back at this name now, feel that we should have held it a little longer until it broke below 9EMA. Missed out on about 14% gains 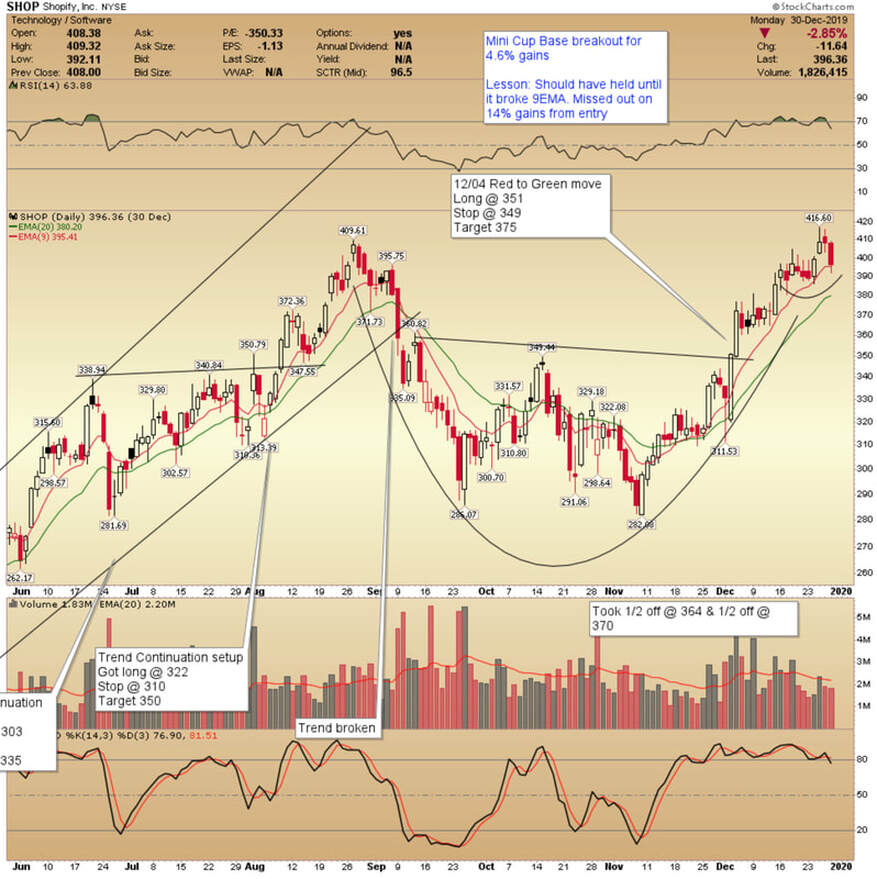 PAAS -> 4% winner Cup & Handle Breakout trade & we booked our profits in 2 days. Missed out on 17% gains on this trade as it continued trending higher after retesting the breakout pivot. 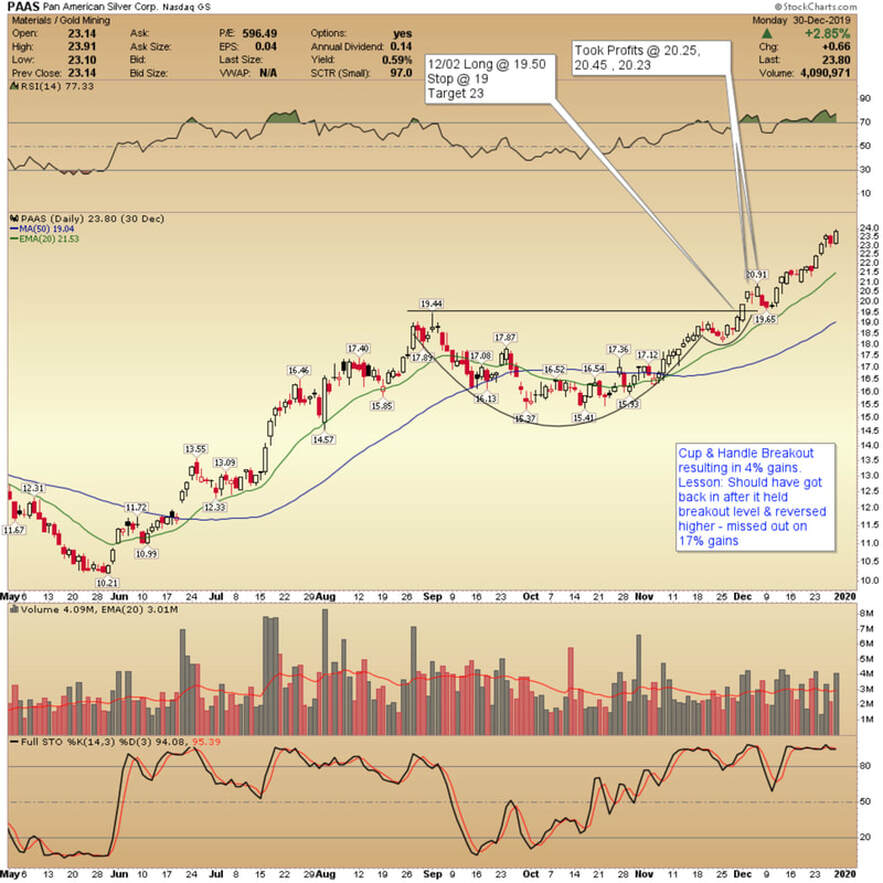 SSO -> 2.73% Average gains. This was a Flag breakout trade as we participated in the entire market move into all time highs ​ 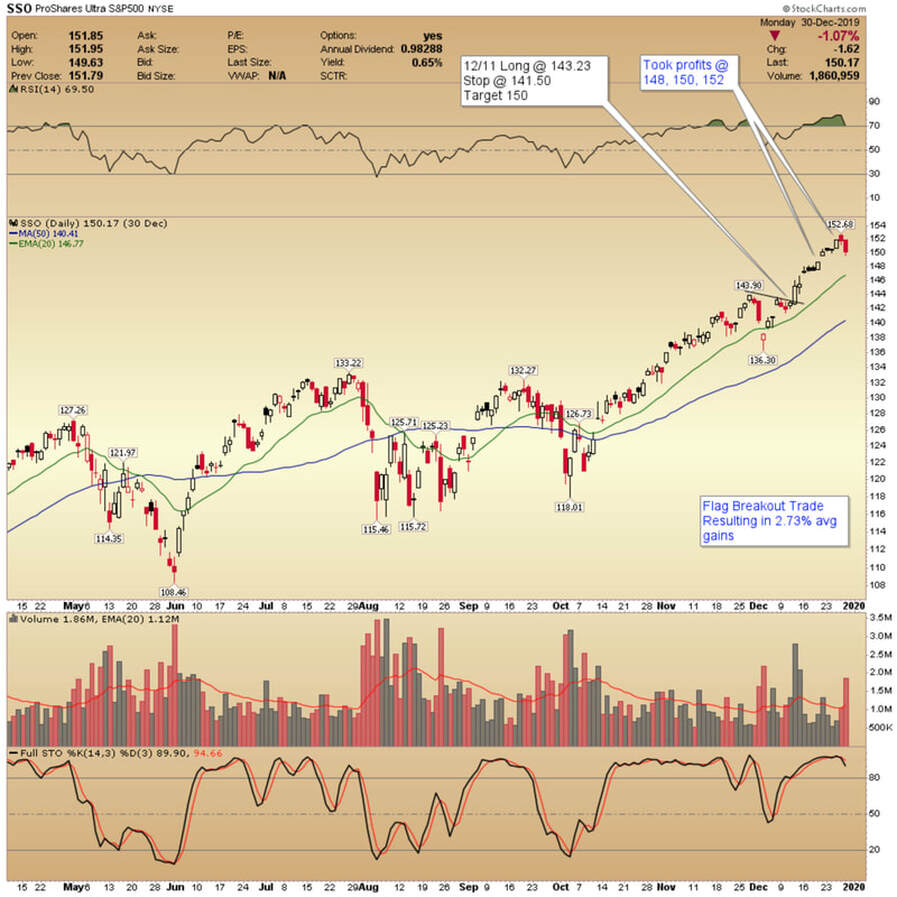 NVCR -> 4.6% Profit. We took this trade as it found support at 50SMA after a steep pullback & reversed higher. 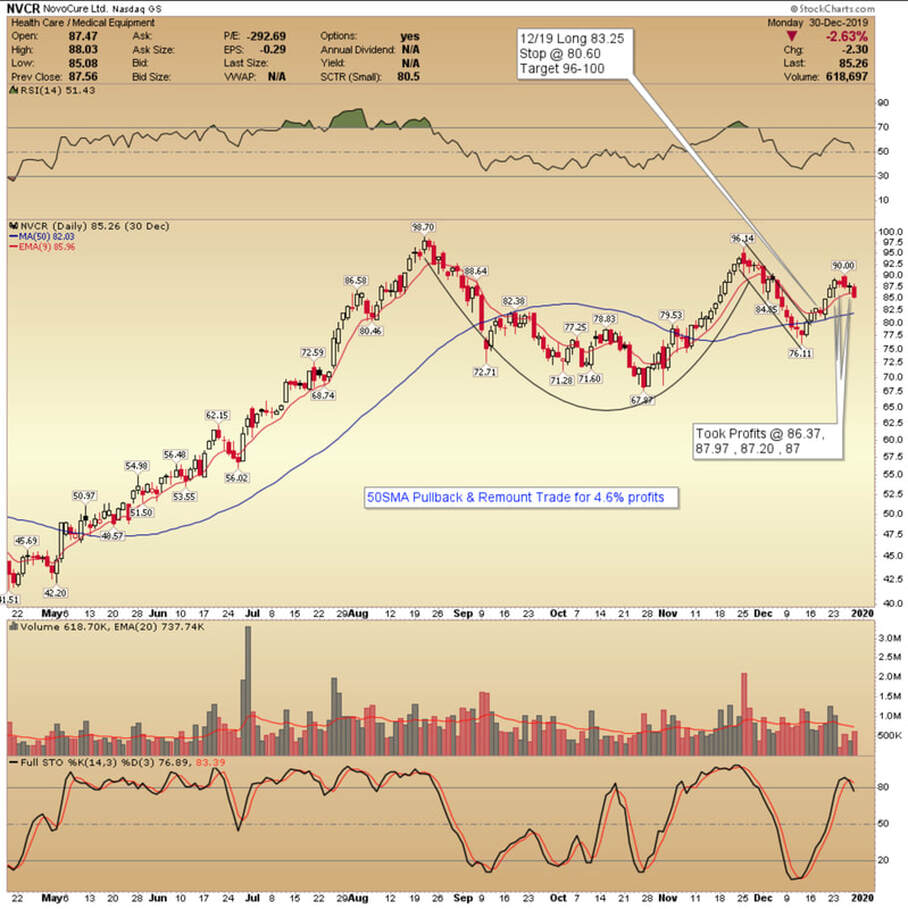 OKTA -> 3.3% Loss. Reversal setup below 9EMA didn't work out as planned. No proper setup as we entered this trade probably cost us. Stock was in one of the weaker sectors which didn't help the matter. 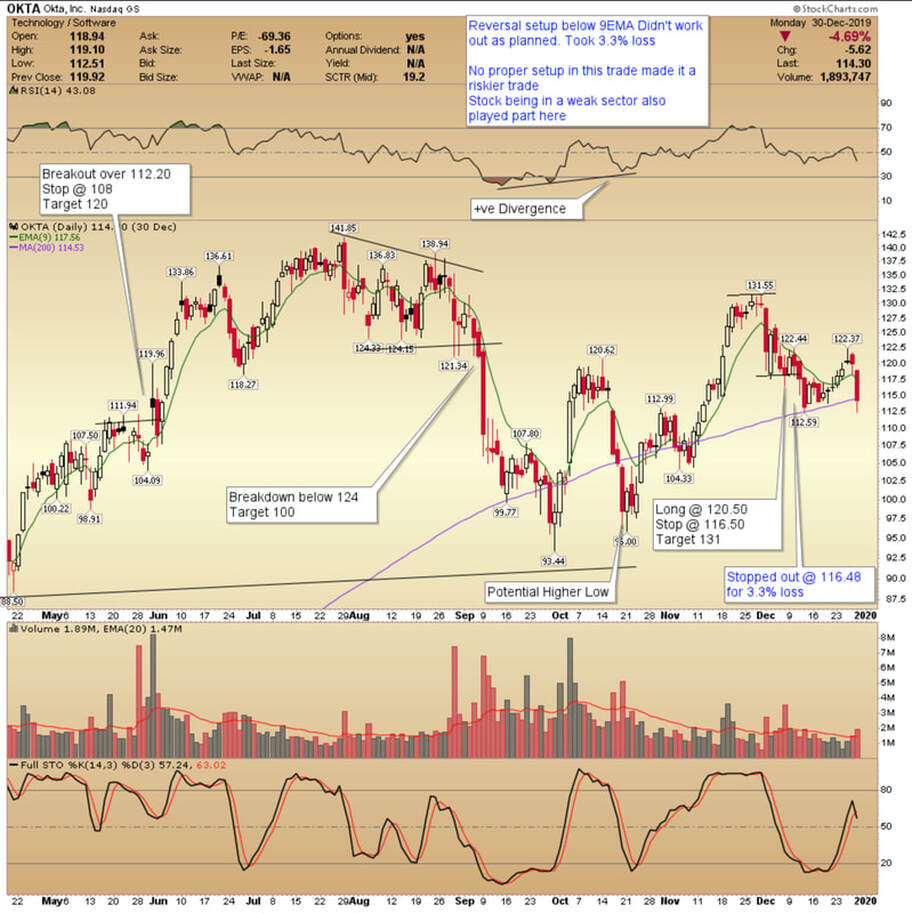 COUP -> 3.5% Loss. Lack of a clear setup in this trade made it riskier. Stock was in a weak sector which made matters worse 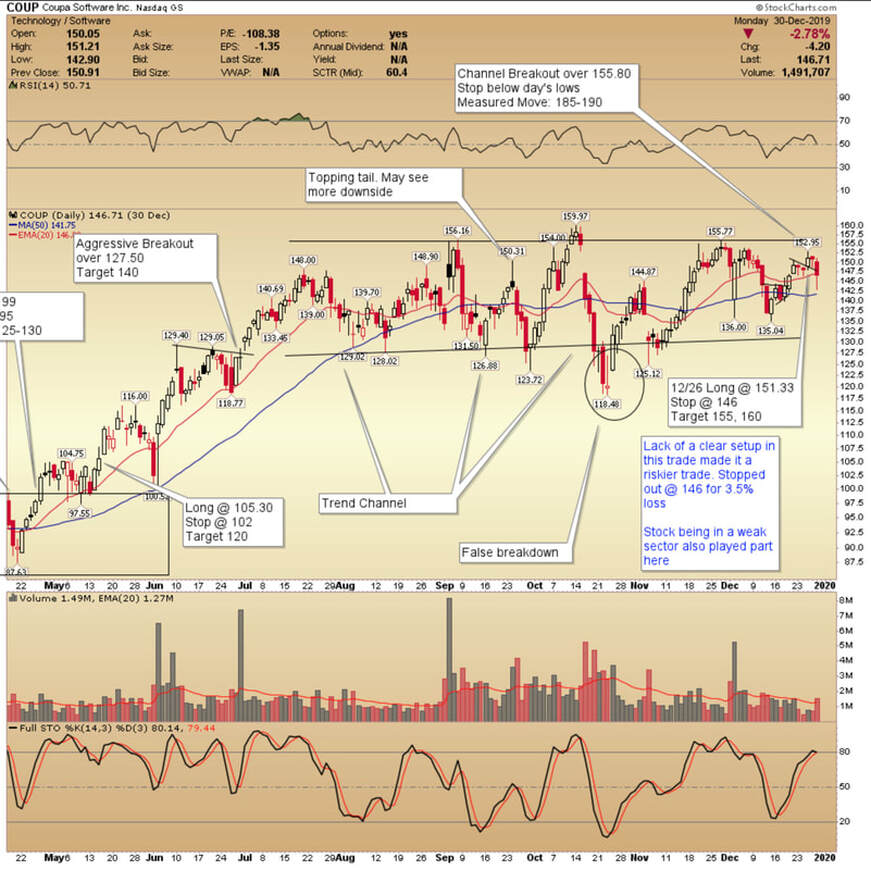 INMD -> 4.5% Loss ( Half size) Lack of a clear setup made it a riskier trade. We also didn't move our stops to breakeven as it gapped up the next morning , reversed & gave up all its gains 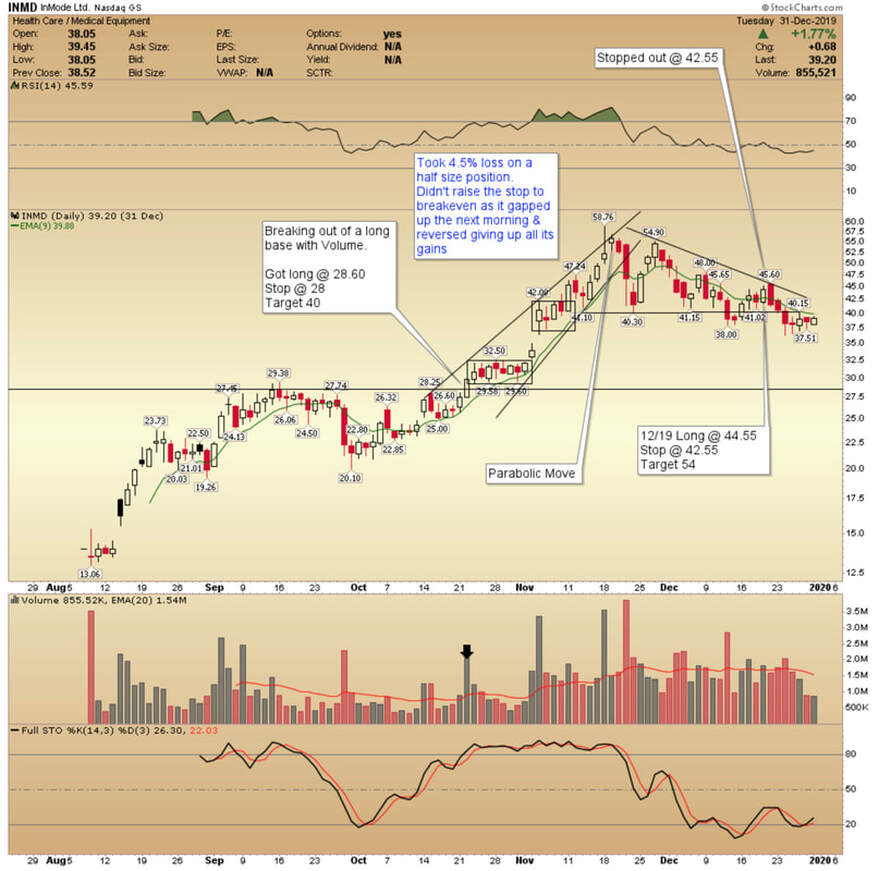 GSX -> 1.5% Loss  We had a very tight stop in this trade. Should have given it a little more room & gone in with half size. It went on to trend higher the next day and we failed to get back in. Missed out on 14% gains here 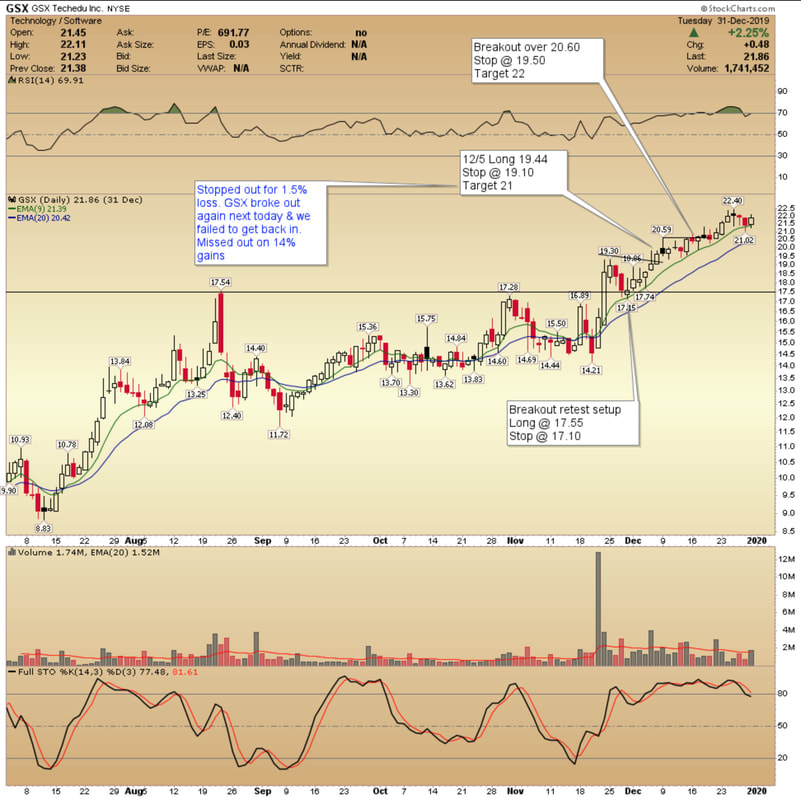 Don't like the way we gave up most of our profits on lackluster trade setups. Hoping to correct the same in January & also reduce the number of trades. We did a total of 32 trades which seemed a bit too much in a month . $0 commissions didn't help our cause either ;)

See you in the streams
TraderAmogh